"Dark Matter is terrific" - The Times 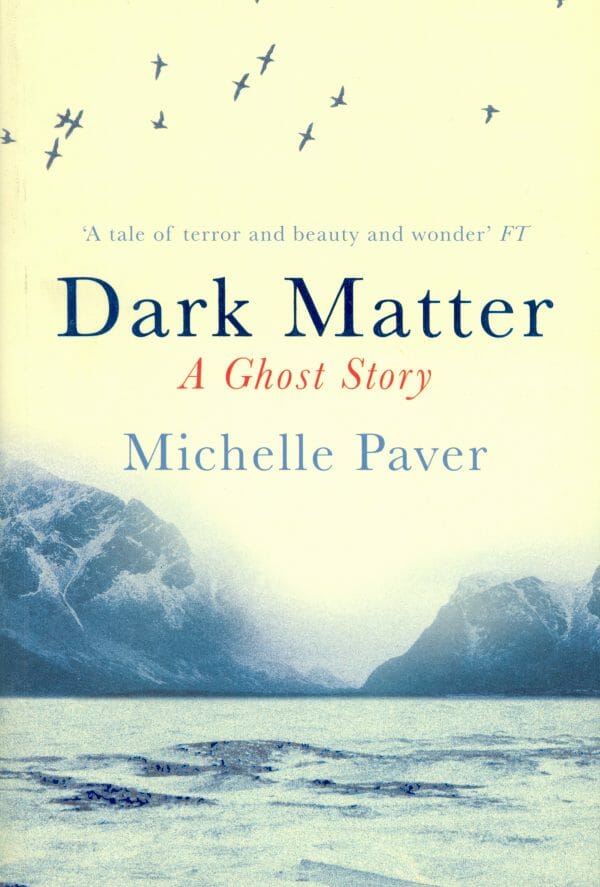 Clouds of war are gathering over a fogbound London. Twenty-eight year old Jack is poor, lonely and desperate to change his life.

So when he’s offered the chance to be the wireless operator on an Arctic expedition, he jumps at it. Spirits are high as the ship leaves Norway: five men and eight huskies, crossing the Barents Sea by the light of the midnight sun.   At last they reach the remote, uninhabited bay where they will camp for the next year.

But the Arctic summer is brief.  As night returns to claim the land, Jack feels a creeping unease.   One by one, his companions are forced to leave.  He faces a stark choice.  Stay or go.  Soon he will see the last of the sun, as the polar night engulfs the camp in months of darkness.  Soon he will reach the point of no return – when the sea will freeze, making escape impossible.  And Gruhuken is not uninhabited. Jack is not alone.  Something walks there in the dark.

“Dark Matter is terrific. It is a ghost story, but it is also a metaphysical meditation on what lies beneath our little lives.”

“A spellbinding read – the kind of subtly unsettling, understated ghost story MR James might have written had he visited the Arctic.”

“A blood-curdling ghost story, evocative not just of icy northern wastes but of a mind turning in on itself.”

“I don’t think snowy horror gets better than Michelle Paver’s masterful fictional account of a 1937 winter in Svalbard, deep in the Arctic. The real terror of being alone in the dark, cut off by snow and ice, and with a hostile presence lurking, left me breathless. This book is terrifying!”

“I didn’t tell anyone except my agent that I was writing a ghost story, because I didn’t want to get bogged down in a deal, and I didn’t want a deadline.

It was wonderful to be writing with no pressure and no expectations. I wrote the first draft in the early summer. Then I bought two metres of black satin ribbon and tied up the manuscript, so that I couldn’t get at it. I wanted to come back to it after a few months, completely fresh. I spent the summer working on my new children’s series (set in the prehistoric, but at a later time than Torak). Then, at Hallowe’en, I untied the black satin ribbon and got to work on rewriting DARK MATTER. I felt it was important to get back into the rewrite at the time when the nights were lengthening and winter was coming on, because this is the proper time for ghost stories.”